Munich, 21 July, 2022 | NeuConnect, led by Allianz Capital Partners on behalf of the Allianz insurance companies in a consortium with Meridiam and Kansai Electric Power, today reached financial close with a consortium of international banks and financial institutions for the EUR 2.8 billion (GBP 2.4 billion) project. NeuConnect is a privately-financed interconnector, which will connect Germany´s and the UK´s energy power grids for the first time.

With today's financial close and a series of major contracts recently awarded, NeuConnect will begin early works on the project later this year on what will become one of the world’s largest interconnector projects at 725km in length. NeuConnect will be operational by 2028, helping to deliver:

The NeuConnect interconnector will see two new substations built in the region around Wilhelmshaven in Lower Saxonia and on the Isle of Grain in Kent, England. Works will start on site in Germany and the UK later this year, with major construction to lay subsea cables and build substations starting in 2023. 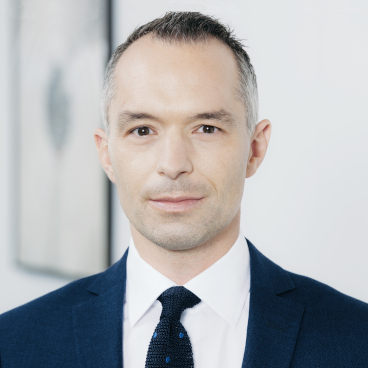 Christoph Holzer, Managing Director at Allianz Capital Partners, said:
"In view of the continued strong expansion of renewable energies in the future and the associated need to strengthen the grid infrastructure, NeuConnect is making a very significant contribution to the success of the energy transition. As one of the world's largest infrastructure investors, we are particularly delighted to have helped develop the project from the outset on behalf of our insurance customers and now, after four years, to bring it to a successful implementation. As a sustainable project that once again underlines the cohesion in Europe regardless of its borders, it will contribute to securing the future energy supply of millions of people with renewable energies."

Julia Prescot, chair of NeuConnect's board of directors and a partner at Meridiam, said:
"NeuConnect will create a vital new energy link at a time when sustainable, resilient connections across Europe have never been more important. Delivering innovative, highly complex projects is in our DNA at Meridiam, so as NeuConnect’s lead investor, we are proud to reach Financial Close on one of the world’s largest interconnector projects - a significant milestone that brings the first direct energy link between the UK and Germany an important step closer.”

Mikio Matsumura, senior executive vice president of Kansai Electric Power Co, said:
"NeuConnect is an iconic project that will significantly contribute to the de-carbonization of electric power while ensuring security of supply. We are pleased to be working with such strong partners and are committed to supporting the project with our own technological expertise cultivated over a long history as a major power utility in Japan. As an organization, Kansai has set clear and proactive goals, such as those detailed in our ‘Zero Carbon 2050’ strategy and our ‘Medium-term Management Plan’, in order to help lead the global shift toward clean energy and a zero-carbon society. For us, the NeuConnect project represents an invaluable part of this long-term commitment.”

NeuConnect Britain Ltd was first established in 2018 and in just four years, has progressed from a newly set-up company to reaching Financial Close on one of the world’s largest interconnector projects.

A company of Allianz Global Investors

You are leaving this website and being re-directed to the below website. This does not imply any approval or endorsement of the information by Allianz Global Investors Asia Pacific Limited contained in the redirected website nor does Allianz Global Investors Asia Pacific Limited accept any responsibility or liability in connection with this hyperlink and the information contained herein. Please keep in mind that the redirected website may contain funds and strategies not authorized for offering to the public of Hong Kong. Besides, please also take note on the redirected website’s terms and conditions, privacy and security policies, or other legal information. By clicking “Continue”, you confirm you acknowledge the details mentioned above and would like to continue accessing the redirected website. Please click “Stay here” if you have any concerns.
Stay Here Continue